The Basics of Bail Bonds 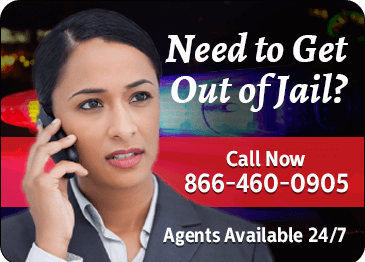 Bail is a term that refers to the process where money is given in exchange for the release of a defendant from jail for a given period of time. The money will be returned to the person who paid it if and when the defendant shows up for his or her court dates. The money can be looked as a type of "insurance" because if the defendant does not show up to his or her court dates, the money is forfeited to the state. The reason the bail system is in place is because trials can often times be a very long process and the court system allows those defendants who may be innocent and who are not a "flight risk" - meaning they are not at risk for disappearing - to wait for their trial while continuing on with their day to day lives. It is more common for bail to be considered when the crime is less serious than when the crime is very serious.

The Process of Bail

There is a specific process in order to determine whether someone is eligible for bail or not, and that process is as follows. Firstly, when someone is arrested for a crime, whether or not they committed it, they are usually taken to the local police station where they are booked and the charging of the crime is recorded to that individual. The booking officer will record information about the crime as well as the individual, otherwise known as the suspect. The officer will generally allow the suspect that has been charged of the crime to make a phone call - which is usually to his or her lawyer. He will then check to see whether the individual is intoxicated and he will take his or her personal property. This personal property is returned to the suspect once they are released from custody. Once the suspect is charged and booked, they are put into the county jail or the lock-up at the police station. The bail procedure that follows depends on the severity of the crime. For crimes that are not very serious, the suspect can more often than not post bail immediately and be released that day. For these crimes, bail is not very much compared to more serious crimes. However, for more serious crimes, the suspect usually has to wait for a bail hearing to determine how much their bail will be set at. In rare cases, bail is not given. If a suspect is incarcerated over the weekend, they typically need to wait until the following Monday for this bail hearing. At this hearing, a judge will decide if the suspect is eligible to be released, and they will then decide for how much they can be released.

There're a few factors that go into determining bail for a suspect. First of all, as mentioned previously, the judge will look at the suspect’s flight risk as well as the severity of the crime itself. If the suspect in question has committed previous crimes, or has a history of skipping out on court dates, then this will likely affect the judge's decision about whether to grant bail and how much bail should be set for. A few other factors that may be considered is whether the suspect is at a risk to others, whether he or she has strong ties to the community, whether he or she has a solid and safe place to live, whether they work, and the nature of the crime. At the bail hearing, bail terms and the conditions of the suspects release will be established. Some cities and jurisdictions have bail schedules that provide a guideline and standard for the bail amount, but most jurisdictions leave this decision up to the judge's discretion.

Once the judge has set bail, the suspect is usually eligible to be released once they have posted the bond in either cash or their assets. They are eligible to apply to a bail bondsman if the accused or their family does not have enough money or the assets to pay for the bail. Usually, the bondsman will take a percentage of the bond amount posted (this can range from 10 to 15% in usual cases depending on the state) and they will then supply the rest of the money so that the suspect can actually leave jail and carry on with their day-to-day lives. If a suspect cannot afford bail or a bondsman, then the final option would be to appeal the bond through their attorney and schedule another bail hearing for this appeal.

Bail Bonds Agent Can help You Through a Tough Time

The Role of a Bail Bondsman